Reported in the Roads/highways category anonymously at 01:38, Fri 7 October 2016 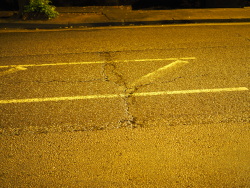 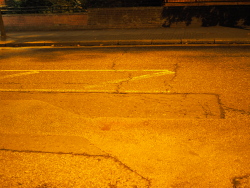 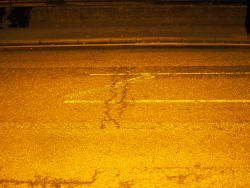 I have lived at 96 Amhurst park just opposite Bethune road for three years. Over the last 18 months I've noticed that the road has fallen into increasingly poor condition which is having a negative impact on my property and life at home. Firstly the road markings have been eroded and a "No Parking" notice sign painted on the road outside our drive way has completely worn away with the high density of traffic on the road. In addition, and of perhaps greater concern, is that the road now seems to have multiple stress fractures and cracks and lots of uneven bumps - I presume on account of the two major bus routes the road serves (253 and 254) and speeding by heavy vehicles on the street. Road signage for the speed limit located closer to the junction with seven sisters has seemingly been tampered with and tilted away so that they are not clearly visible to or effective for passing traffic. Whenever there is a large passing vehicle at speed like a bus or a lorry (which are very frequent on the road almost constantly most days), my entire flat now shakes. There are very noticeable, shuddering vibrations through my floorboards and walls almost every time a large, fast moving vehicle hits part of the uneven surface on the road. I am genuinely concerned and worried about possible damage to my property being caused by this neglect on Amhurst park to the road surface and the appropriate speed limit signage. Neighbours in the upstairs flats have similarly complained to me about the building shuddering from the buses outside. Please could someone from the council help investigate and resolve this problem? It is causing me a great deal of personal discomfort and anxiety about damage to my home. Road surfacing and markings need to be replaced and the appropriate speed limit signage repaired.