Rats round the bins in Marcon Court 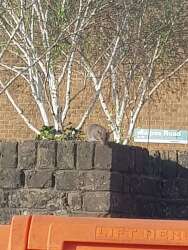 There is a serious rat problem around the large bins at corner of Marcon Court and Malpas road. I have noticed since mid April that there has been an increasing number of rats running around. The rats have been also around the children's play area behind Marcon Court