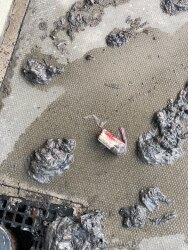 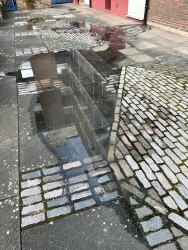 Several residents of Mansfield Court have been complaining about sewage smell inside their homes and health issues due to sewage gas exposure for many years now. No detailed investigation to ensure the health and safety of the residents has been done by the Hackney Council despite repeated calls for help. A third party contractor finally came in January 2022, but they have made the problem worse. The solution they provided was not suitable and once again, it was just a cheap fix by the council's repairs department. It did not help at all and the problem has become worse. Since 25th January 2022, raw sewage is now leaking above ground, right in front of resident's doors. A toxic watery sludge containing faces, urine and used bloody tampons is pooling in front of the building. There is a serious issue with the waste system and satiate of abandon and disrepair of Mansfield Court. The council needs to send a skilled professional team to assess and repair the problem. The building itself is in an advance state of decay and they council has repeatedly ignored calls for the building to be refurbished and repaired on the outside and on the inside. This situation is making Mansfield Court residents sick.