Overflowing and contaminated bins at block of flats

Reported via desktop in the Overflowing bin category anonymously at 12:31, Friday 11 June 2021 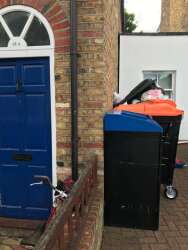 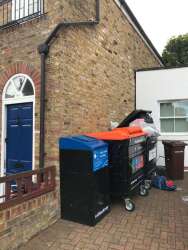 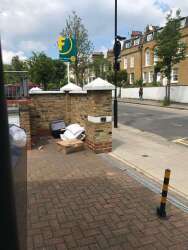 The bins at the block of flats at 45 Navarino are always overflowing, contaminated and more rubbish thrown around in the parking space. The bins are covered in flies and ants. Their rubbish then ends up on the street on a daily / weekly basis, as well as being thrown into the front yard of the neighbouring house. This issue has been going on since the new landlord bought this building and tenants moved in, so over 6 months. This needs to be fixed immediately.