Road map
Back to all reports

Garden waste bin outside 164 Glyn Road on pavement full of stones and rubble. 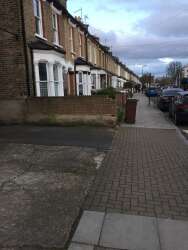 This bin has been obstructing the pavement for over 3 months and is so heavy and is causing a hazard for people with pushchairs and children and blind people. could the council arrange to have this removed.