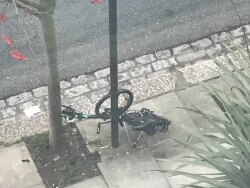 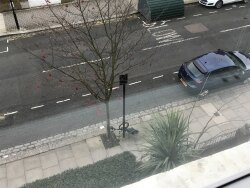 This bike has been abandoned for months and has also been attached by chiefs several times and currently has a missing front wheel and handlebars.

We live nearby and would like for us and others to use this bike lock position for bikes that we actually use.