Reported in the Roads/highways category anonymously at 22:46, Thu 4 June 2020 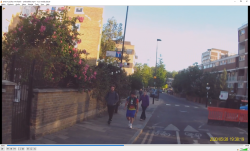 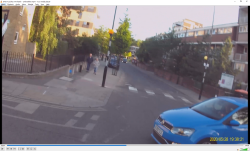 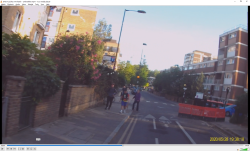 I was almost hit by a car from Mintern Street last Thursday, 28 May, when the driver failed to spot me and so failed to give way before entering Pitfield Street.

Despite the clear danger, the police have declined to prosecute on the basis that "the drivers view of your approach is obstructed by the road signage and barriers".

The three video stills illustrate the problem. Look carefully for the high black sign above the organge barrier which fully obscures the driver's view north up Pitfield Street. This signage is a death trap.