Reported via Android phone in the Pavements/footpaths category anonymously at 22:06, Fri 3 December 2010 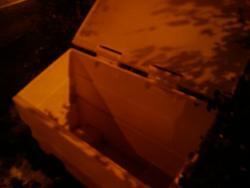 We have run out of rock salt in the Clapton Common grit bin. Pavements icy and dangerous.